Welcome to our curriculum page about phonics. Mrs Kenyon is the Phonics Leader for the Early Years Foundation Stage and Key Stage One. Here at Peel Brow, we teach phonics through Letters and Sounds. 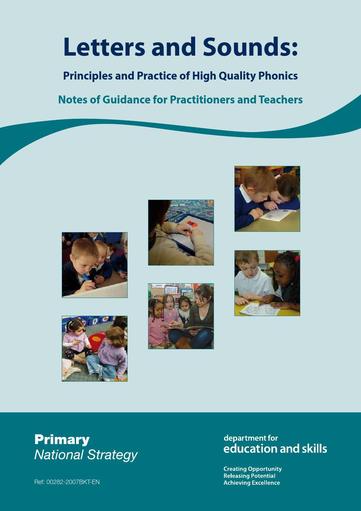 Letters and Sounds is a national, systematic approach for teaching children to read using phonics. It is split into six phases, from starting to learn about sounds in EYFS to becoming fluent readers.
The phonic approach encourages us to directly link letters (graphemes) to sounds (phonemes), and to teach children pure sounds like ah, b, k when encountering the alphabet (instead of letter names). So, children learn how to put sounds represented by letters or letter groups (like ch or igh) together to read words in a more straightforward way. Click on this link for the full teaching program.

We use the familiar resources from Ruth Miskin’s Read Write Inc. scheme to support our phonics teaching and to help form letters correctly.

The information below outlines the letter-sound correspondences children will learn in different phases of Letters and sounds. There are a few "tricky words" introduced at each phase. These words are common and useful for early reading and writing, but children won’t be able to decode them following the phonic rules taught up to that point. You can help your child learn them by reading aloud together.

Phase 2 Letters and Sounds
In Phase 2, children begin to learn the sounds that letters make (phonemes). There are 44 sounds in all. Some are made with two letters (digraphs), but in Phase 2, children focus on learning the 19 most common single letter sounds. This phase introduces simple letter-sound correspondences. As each set of letters is introduced, children are encouraged to use their new knowledge to sound out and blend words. For example, they will learn to blend the sounds s-a-t to make the word sat.

By the end of Phase 2 children should be able to read some vowel-consonant (VC) and consonant-vowel-consonant (CVC) words, and to spell them out. They will also lead to read and spell Phase 2 tricky words the, to, no, go, I, into

Our children enjoy learning the sounds and letter formation using the pictures and rhymes in the Read Write Inc scheme. 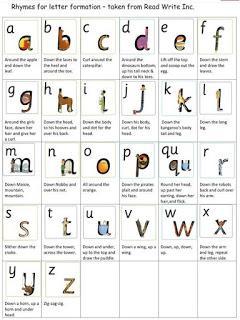 In Phase 3 children build on the letter-sound correspondences learned in Phase 2. This phase introduces children to the remaining, more difficult and/or less commonly used phonemes. There are around 25 of these. They learn consonant digraphs (sounds made up of two letters together such as ‘ch’ or ‘ll’) and long vowel sounds (such as 'igh' or 'ai'). They also learn the names of the letters, as well as the sounds they make.

Consonant digraphs:
ch as in chip, chat, rich
sh as in shop, shed, fish
th as in thin, moth, that
ng as in ring, thing, song

Vowel digraphs and trigraphs
ai as in rain, tail, aim
ee as in bee, leek, see
igh as in high, sigh, might
oa as in boat, toad, foal
oo as in boot, food, moon
oo as in book, wood, foot
ar as in park, art, car
or as in for, torn, fork

ur as in hurt, fur, surf
ow as in cow, owl, town
oi as in coin, boil, oil
ear as in dear, shear, year
air as in fair, pair, hair
ure as in sure, pure, manure
er as in dinner, summer, letter

Alongside this, children are taught to recognise more tricky words; as in he, she, we, me, be, was, you, they, all, are, my, her.

By the end, they should be able to say the sound made by most, or all, Phase 2 and 3 graphemes, blend and read CVC words made from these graphemes, read and spell the 12 new tricky words and write letters correctly.

By now, children should be confident with each phoneme. During this phase in phonics teaching is about consolidating and refining their knowledge, introducing more spelling patterns and tricky words, and increasing vocabulary. At this phase in their reading and spelling journey children should be confident with each phoneme and becoming fluent readers. They will consolidate and refine their knowledge as well as learn more spelling patterns including reading and spelling words which have adjacent consonants, for example trap, strong, milk and crept.

Children will learn some new graphemes for reading (different ways of spelling each sound). They will also be taught alternative pronunciations for known graphemes. For example, they have already learned ow as in cow and will now learn ow as in blow.
In addition, they will learn alternative spellings for known phonemes. For example, the sound /igh/ has been learned as the grapheme igh as in night, but can also be spelled y, ie and i-e.

New graphemes for reading:
ay as in day, play, crayon
ou as in cloud, sound, about
ie as in pie, tie, cried
ea as in sea, meat, read
oy as in toy, enjoy, boy
ir as in bird, shirt, first
ue as in blue, true, glue
aw as in paw, claw, yawn
wh as in wheel, whisper, when
ph as in photo, dolphin, alphabet
ew as in new, crew, flew
oe as in toe, foe, tomatoes
au as in Paul, launch, haul
a-e as in make, game, snake
e-e as in these, Eve, extreme
i-e as in like, time, slide
o-e as in home, bone, pole
u-e as in rule, June, flute

At the end of this phase children should become quicker at blending, and start to do it silently. Throughout the phases careful pronunciation of the sounds is really important. It will help your child to hear each sound in a word much more easily. This will then help them to read and write that word more accurately. Children typically master these in reading first, and as their fluency develops apply them correctly in spelling.

Teaching phonics requires a technical skill in enunciation. Phonemes should be articulated clearly and precisely. Below is a link to a Read, Write, Inc. (RWI) phoneme pronunciation guide:

Learn how to pronounce all 44 phonics sounds, or phonemes, used in the English language.

By the end of Year 1, children should be able to:

At the end of Year 1, all children are given a Phonics Screening Check to ensure they have mastered the appropriate knowledge. 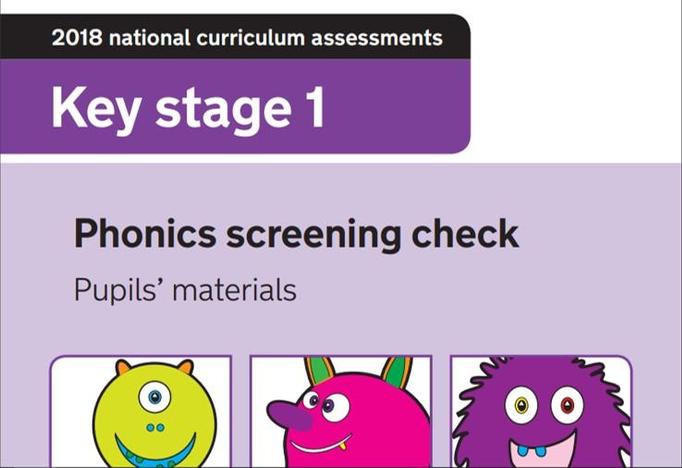 The phonics screening check takes place in June. It is a statutory check for all Year 1 children.
It contains a mix of real words and ‘non-words’ (or ‘nonsense Pseudo’ words).

The phonics screening check takes place in June. It is a statutory check for all Year 1 children.
It contains a mix of real words and ‘non-words’ (or ‘nonsense Pseudo’ words).

How does the check work?

Click on the link below to find a past screening paper for your information.
Please speak to your child's teacher if you have any questions.

By Phase 6, children should be able to read hundreds of words using one of three strategies:

Children should now be spelling most words accurately (this is known as 'encoding'), although this usually lags behind reading. They will also learn, among other things:

Although formal phonics teaching is usually complete by the end of Year 2, children continue to use their knowledge as a tool for reading and spelling throughout their learning journey through school.

Unfortunately not the ones with chocolate chips.

Some cookies are necessary in order to make this website function correctly. These are set by default and whilst you can block or delete them by changing your browser settings, some functionality such as being able to log in to the website will not work if you do this. The necessary cookies set on this website are as follows:

Cookies that are not necessary to make the website work, but which enable additional functionality, can also be set. By default these cookies are disabled, but you can choose to enable them below: